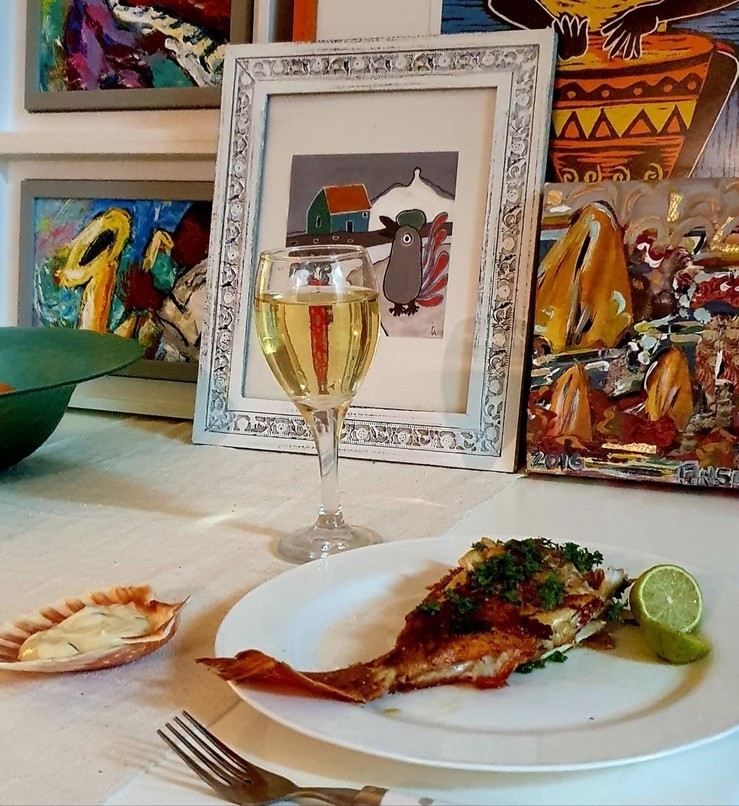 Seasons control the rhythm of life in the village. In late September harvesters are gobbling and spitting the cane into lorries. They leave behind a blanket of straw whose tones and textures change throughout the day with the mood of the wind and the shifting sun. I’ve invited artists to capture this pastoral scene, because my camera skills can’t do justice to its ambiance. In just two weeks, tender shoots will appear to produce next year’s crop, while gigantic overhead sprays paint the fields with their rainbows.

Today, the dogs followed scents and frolicked in muddy water, only their pink tongues visible by the time they got home. During my absence Monique cooked for them; Vima bathed and fed them, and landlord Serge took the afternoon walk. Serge told me he could no longer do without the security service my three cane hounds offer. As a result, he’s bribed them with tripe, bones and meat. Last night they scoffed at Monique’s soya stew. So, while I’m not happy my tribe has turned into an indulged bunch of snobs, at least I know I can leave them for many months a year. Because one can’t spend all year on the Rock.

One can’t spend all year on the Rock despite the loveliness of its people. Serge dropped a fish in my sink this afternoon, fresh from the water, scaled and ready to cook. I ate it fried in olive oil with a sprinkle of black pepper, a squirt of lemon and a faux bearnaise sauce. Generosity abounds in my village.

The trip: Madrid to Sealife

Quarantine Diaries – Day 12: Attitude is everything