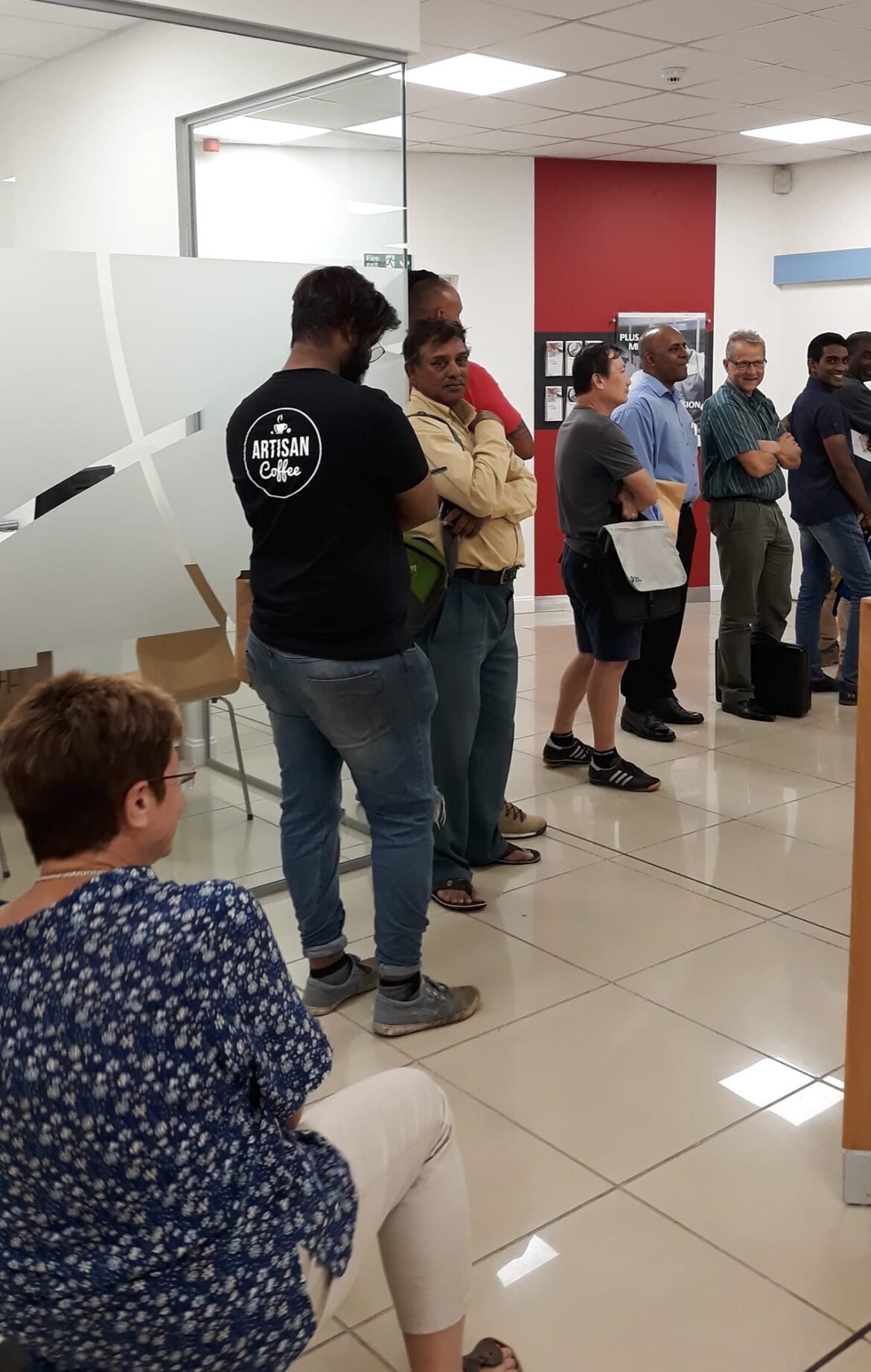 The Mauritius Commercial Bank (MCB) has the majority market share and an excellent reputation. I prefer to go with the general flow when it comes to finances – you never know when something can turn sour – so that’s where I bank. The MCB describes itself as “a subsidiary and the mainstay of MCB Group Ltd, is the longest-standing and leading banking institution in Mauritius. Over time, we have diversified our business activities across market segments and geographies. We are actively involved in various markets across sub-Saharan Africa while remaining alert to relevant growth opportunities across the continent and beyond.”

So, if you have a credit card or some heavy loans, you are welcomed into the Private Banking, which offers a lounge and grinning mouths. But if – like me – you are older, you don’t make too much money and live debt-free, you must wait in the queue. In fact, the Mauritius Commercial Bank can waste you over an hour for an easy transaction. I use internet banking, but when I can’t avoid a trip to my local branch, I take a handy camping stool and read the newspaper while waiting to be served.

Other banks: Twenty-one commercial banks operate in Mauritius; that’s a fair number for an island the size of the Rock, but then Mauritius prides itself as being a financial hub. These are all the listed commercial banks: