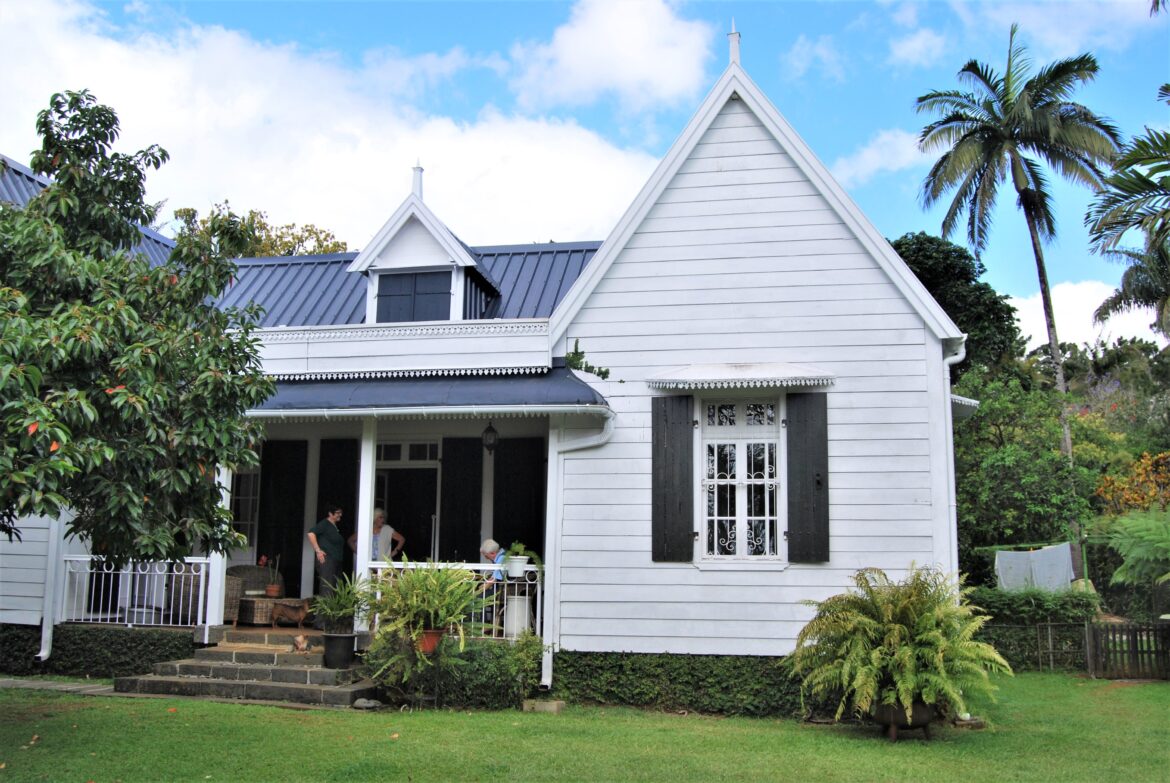 Vacoas isn’t just another grubby little town. It has a drier climate than Curepipe, so its buildings are less mouldy and being less commercialised than its neighbour, the leafy outskirts make this area an attractive place of residence.

Apart from being my birthplace (picture is the house in which I was born), Vacoas tells a few tales. For one, the cyclone-watching meteorological station operates from this sleepy borough.

In 1916 a British garrison set up base in the village, a centre which bustled with parties and social gatherings during World War II, following which glamorous British officers whisked off many Mauritian girls to the grey isle. Several British families remained in Mauritius and married locally. Vacoas is the ultimate British quarter, where you will find names such as Davy, Hargreaves, McGreggor and Taylor, those families forming part of the melting pot Mauritius holds so dear.

The colonial feel still exists as a cluster of wooden-structured houses and barracks, now the offices of the Special Mobile Force. The British planted camphor, pine and other trees in the area, and created the Southern Hemisphere’s first golf course, the Gymkhana. https://www.where2golf.com/mauritius/mauritius-gymkhana-club

Here is a secret for book-starved English speakers: at Editions Le Printemps, at 4 Club Road, you will find a fair selection of English books for all ages and tastes. Take your time to browse, there’s an eclectic collection from the English-speaking world, not necessarily England. You will also find Mauritian authors who, alas, don’t translate their works into English.

And just for good measure, the quaincaillerie A1 (hardware) next to Le Printemps is one of the best in the country, while across the road, the undertaker Moura patiently awaits your demise.