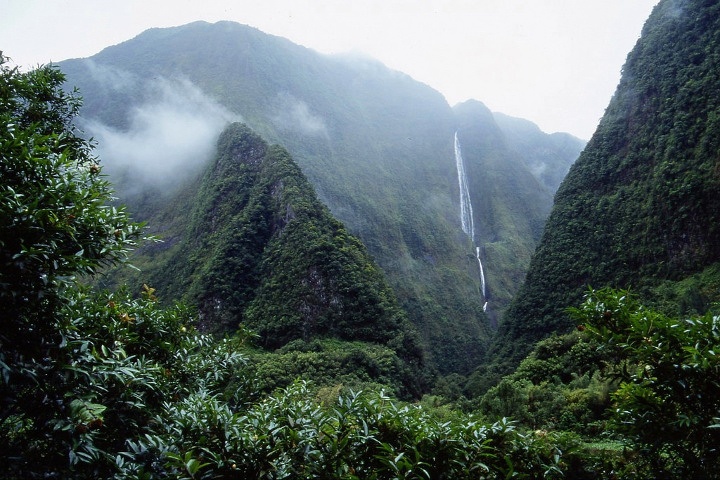 Let’s talk about Reunion, Mauritius’ closest neighbour. Both landmasses were initially French territories captured by the British during the Napoleonic wars. After France’s defeat, the UK threw Reunion back at the French in 1815 but held on to Mauritius. Reunion is an overseas department and region of France; its 870000-odd citizens are French nationals who thrive on gourmet food and fine wines.

The island rises above a hotspot in the earth’s crust. It hosts the Piton de la Fournaise, a shield volcano that towers 2650m above sea level, impressive on a mass that’s just 2512 square kilometres. Fournaise has seen 100 eruptions since 1640, the latest on the 7th and 8th of December 2020. The hotspot that fuels Piton de la Fournaise also created Mauritius and Rodrigues; the three islands are commonly named the Mascarenes, after the Portuguese adventurer Pedro Mascarenhas.

The dormant Piton des Neiges volcano is the highest point of the island, at 3070m above sea level (Mauritius’ highest point is the Black River Peak, a mere 828m). The dramatic slopes of both volcanoes host tropical forests, whereas the cities like the capital, Saint-Denis, hug the coastal lowlands.

Lonely Planet raves about the three cirques (calderas) of Reunion: “Simply magical. Knitted together like a three-leaf clover, the Cirques of Cilaos, Salazie and Mafate are Reunion’s heart and soul. They’re different in spirit from the rest of the island—more inward-looking, more secretive, more traditional. The fast-paced and hedonistic coastal life seems light-years away. This rugged region is a fantastic playground for the stimulus-needy, with staggering mountain scenery, a mesh of well-marked trails and impressive canyons that beg exploration. Even if you don’t fancy outdoor adventures, it’s worth visiting these awesomely photogenic amphitheatres just for the views.” Click on the link below to explore holidays to Reunion. (I do not earn a commission on this site, I just found it more interesting than others).